What Time is It?

In the old days, before watches and thermometers, you could dial a local telephone number for the current time and temperature. A local bank, in my case Plano Bank & Trust, would sponsor a recorded message that gave updated information. Given the lack of technology at the time, it was quite a system. 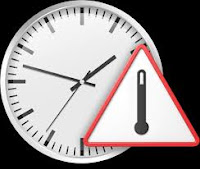 As kids, we used the number to simulate a fake phone call. Just dial the number and start having a conversation. It seldom worked. The other person standing in the room could hear the blaring voice on the other end ramble on about savings accounts or boat loan rates.

I forgot this service even existed until my wife said, “Do you remember when you could call….” It was like opening a time capsule filled with things we once did as kids. Most of these I can’t mention for statute of limitations reasons with my parents.

When was the last time you called Time & Temperature?

Turns out the 70 Year tradition carries on. The Tarrant County version has a new sponsor with long-time mainstay in our community Haltom’s Jewelers. If you call, you’ll get a pre-recorded message about buying some jewelry followed by the local time and current temperature. The addition of a short-term weather forecast is a pleasant touch.

Haltom’s jumped onboard in 2017 after local banks lost interest in the service. A 2017 Fort Worth Star Telegram article claims that 10,000-20,000 people still call the number each day. While this is a wild range, it is still 10,000-20,000 more calls than I would have guessed. Don’t these people have cells phones or a television? I remain baffled by this new generation that does not feel the need to wear a watch (unless it is an iWatch, of course), but I’ll save that for another time when I’m picking on my kids.

Back to fake phone calls. Who on earth were we calling? Maybe we were trying to impress a buddy by telling him we were calling the popular girl at school who gave us her number. In my case, I think I called “home” a lot to get out of staying overnight with a friend. I never had the guts to say NO. I’m just a people pleaser, so making the Time & Temperature dude the bad guy was a simple way out.

Ask around. I’ll bet people you know will have fond memories of calling that number. Let them know they still can and dial it up on speakerphone. It’s a quick throw back to the Good Old Days we all miss so much.

Posted by Randy Runswithacross at 4:30 PM