I feel a little sorry for Cooter Brown.  Was or is there such a person?  Who was he?  Maybe one night of being over-served at the local bar led to a lifetime of harassment for an undeserving man.  I wonder….  Just where did the phrase “Drunker than Cooter Brown” come from anyway. 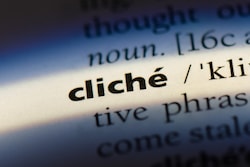 One good thing about the internet is that you can be lazy and yet do a lot of research in a short period of time.  This is ideal for someone with a short attention span like me.  Or someone who tends to get drunk a lot, like good ole’ Cooter.

Wikipedia, The Old Farmer’s Almanac, and WarHistoryOnline.com all had similar stories.  There are two basic versions of history about the man.

The first is that Mr. Brown lived on the north-south line during the American Civil War.  He was eligible to be drafted by either army, but had no interest in fighting since he had family serving on both sides.  A conscientious objector of sorts.  Rather than go into hiding, he decided to get drunk and stay drunk so that he would be worthless to either side.

The second version has Cooter, half Black - half Cherokee, living is south Louisiana on land given to him by an old fur trapper.  He lived in a Cajun shack and kept to himself because he didn’t care much for people.  When the Civil War broke out, he didn’t want to pick a side since he was unsure who might win.  So he dressed like an Indian which made him exempt from serving.  As he was a heavy drinker to begin with, staying drunk was no real task and mystified both Confederate and Union armies when discovered.  After the war, poor Cooter couldn’t give up the booze.  One day, his shack caught fire and burned to the ground.  No sign of Cooter after that date so it is assumed his body was so full of alcohol that he went up with the flames.

Today, there remain restaurants, barbecue joints, bars, liquor stores and other establishments named after the man.  He has been referenced in songs and many tales over the years.  Of course, Genuine Cooter Brown Blended Whiskey from Gatlinburg, Tennessee is one of many beverages sporting the man’s name.

A quick search of whitepages.com shows a living human named Cooter W. Brown living in Keatchie, Louisiana.  In case you’re wondering, he’s in his 60’s and had prior residences in Texas (Mexia, Buffalo and Marshall).

The moral of the story is this.  Protect yourself from foolish drinking or else you could be a derogatory reference for your grandchildren.

Speaking in Cliché is something we do out of habit and is more reflex than intellect.  If someone in your life, during the formative years most notably, speaks in common cliché, you too will find yourself using this terminology in later years without realizing it.  Some clichés are so common that avoiding their use is next to impossible.  I all too often hear “It is what it is” from perfectly intelligent folks.  After some non-scientific analytics, I have determined the use of clichés increases by 72% when you’ve run out of anything important to say.  It is an indication that you should have shut up at some time prior.

Since I am as guilty as the next bozo, I may use this space to educate us all on both common and uncommon words or phrases.  What the heck else do I have to do during the pandemic of 2020 2021!

Posted by Randy Runswithacross at 2:44 PM