Thanksgiving Day 2020 feels a lot like a Thursday.  Without family and feast, Thanksgiving sort of sucks!

The Pandemic strikes again!  Are we better off ignoring the day all together or adapting the experience to fit today’s New Normal?  Even in my season of trying new things, I have little interest in manufacturing new holiday traditions.  Something just ain’t right.

Maybe my attitude sucks.  I feel guilty about complaining.  Sure, 2020 has had a colossal number of low points, but as the character played by Robin Williams in Good Will Hunting so rightly points out:

“You’ll have bad times, but it’ll always wake you up to the good stuff you weren’t paying attention to.”

Having part of something is better than having nothing at all.  There will still be food, football and slumber.  We’ll talk over the phone rather than the dinner table.  It will be the most civilized holiday meal in decades!  There will be a lot fewer dishes to clean.  Less stress.  We’ve missed birthdays, anniversaries, and other events this year to protect the health of friends and family.  If you think about it, it takes a certain level of love to avoid one another.

The first harvest celebration that started all this was in October 1621.  90 Native Americans and 53 Pilgrims attended it.  Thanksgiving (giving thanks to God for rain, survival, or military victory) happened when warranted thereafter.  It was celebrated more frequently following President George Washington’s proclamation in 1789, but didn’t take root until President Abraham Lincoln called for an annual day of “Thanksgiving and Praise to our beneficent Father who dwelleth in the Heavens” in November 1863.  It took until 1942 for Congress to settle in on the fourth Thursday of November as the national holiday we find ourselves bitching about today.  And, it took Texas until 1956 to get with the program.  Those Texans.  Gotta love ‘em.

Thanksgiving has a fluid history in our country.  Is it possible COVID-19 is the catalyst for another permanent shift in how we celebrate?  The only change I support is to simplify it.  Strip away all the pageantry and formality that muck it all up.  There is one consistent thing about the holiday.  Giving Thanks.  It was and should always be an expression of our gratitude to God.  I don’t think this year is any different just because our gatherings are more intimate.  It might even be easier to be more sincere this time around. 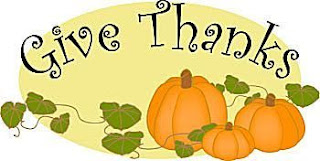 Yes, it saddens me that far too many people have died, lost jobs, or otherwise rocked to the core by the Pandemic. But there are also many that have recognized just how lost in the externals we are as a nation.  We have been so busy chasing more, more, more, faster, faster, faster that when we could not run anymore we didn’t know what to do with ourselves.  I spent two months in denial, followed by learning to exist in my own home 24/7.  Only now can I walk into the kitchen at midday and not have my wife look at me like I was a burglar.

So, tomorrow will be Thursday.  It may feel like most Thursdays, but it is Thanksgiving Thursday and I plan to be more thankful than ever.  My life is blessed.  Beyond blessed.  So is yours.  Zoom out and take another look.

“You’ll have bad times, but it’ll always wake you up to the good stuff you weren’t paying attention to.”

Posted by Randy Runswithacross at 4:58 PM