What does one do when you have a tender spot above your left ear for a week that won’t go away?

Much like a bruise, it is only noticeable when touched.  I’ve been racking my brain for causes, but I do not recall bumping my noggin’ and there does not appear to be any redness or swelling.  Maybe an ingrown hair?  Yes, that must be it.  I got a haircut about two weeks ago and maybe something occurred then.

I’ve just ignored it like a regular dude.  Unfortunately, the mystery remains.  I thought about making a doctors appointment, but what the heck are they going to say.  With no other symptoms my guess is they would tell me to take some Advil and monitor it for a few more days.  The moment I left they’d put a big “HYPOCHONDRIAC ”note in my file.  I refuse to be THAT guy. 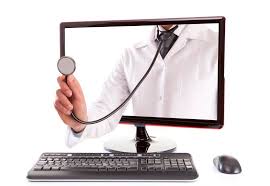 Yesterday I woke up with a stiff neck and pretty mean headache.  I thought…Hmmmm.  This, whatever it is, must be progressing.  How about calling the doctor now?  Well, maybe, but why don’t you do a Google search first to see what comes up.

Well, according to WebMD it is highly probable that I’m dying.  Possible causes include tumors in my skull or nerve damage caused by an unidentified disease.  Just under those were migraines, infections, and cancer.  And under those were…ingrown follicle and head trauma (bump to the noggin’).

I had a good friend who had a tumor that was only discovered after losing hearing in one ear.  (No worries, he had it removed and is fine).  Symptoms of this type of tumor may include ringing of the ears, loss of balance, and blurred vision.  Well, I’ve had ringing in my ears for as long as I can remember.  Too many rock concerts in the 80’s will do that to ya.  Loss of balance?  Yeah, now that you mention it I am a little more unstable that I use to be.  Blurred vision?  Yeah, not normally, but the friggin’ headache is making everything seem hazy.

So, it is clear, I have something serious.

Should I update my will?  Wonder how much time I have left.  I’d hate to ruin the kids graduations with a silly funeral for their dad.  Man, the office is going to be in quite a pickle when I go.  Wow, I always thought I had more time.

The headache stuck around all night.  Advil was having no effect.  I said my prayers and went to bed.

When I woke up I did a sort of self-check to assess my state of being.  Well, that headache while not gone is much milder.  Stiff neck?  Not so much.

Well, what do you know.  I just might live after all.  Once again, WebMD sends someone off the rails.

[One Week Later - an update for my Mom]

If I focus really hard and press firmly, I can find the pain again.  Of course, if I press that hard on most parts of my body a pain appears.  Yes, I’m just fine.  Still not sure what might have caused it.  I know one thing, I’m not going online to try and figure it out.

Run in Peace, Rest in Grace
Posted by Randy Runswithacross at 4:35 PM