I have started and stopped this review a half dozen times in the past week.  There really is very little to touch on that I have not already covered in previous Cowtown Race Reports.  Actually, I’ve come to realize that most race reports are rather boring.  It is unfair of me to say that.  Ok, my race reports are boring.  Maybe I’ll just hit the highlights (it will still be way too long). This is an awesome race.  It had a few flaws this year, but overall it was another great experience.  I ran my first ever road race at this event over 20 years ago.  While there have been some not so good years, I think they have an excellent formula at the moment.

Each time they moved the race (From the Stockyards to Downtown to the current local Will Rogers/Stock Show area) I thought it was a bad idea.  Well, I was wrong.  The race is so big now that they need this larger area to pull it off.

The Expo was top notch.  Packet pick-up was slick and there were many vendors. 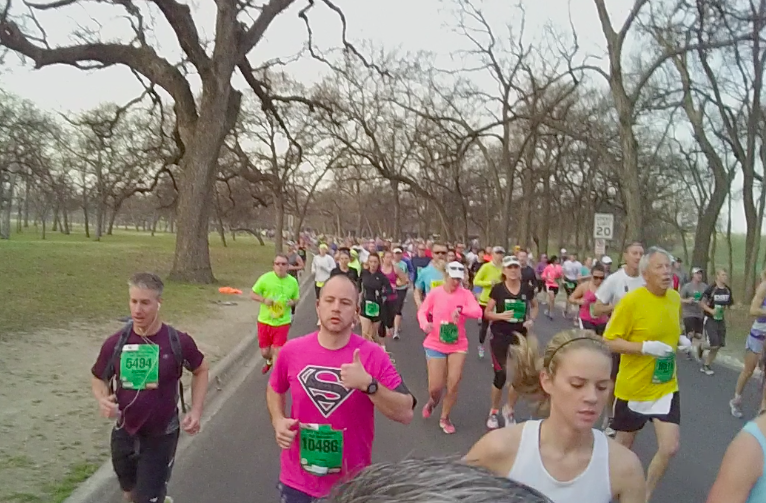 Race morning for me was routine.  Warmer than I would have liked at 56°F and high humidity, but with the wild winter we’ve had (starting with the cancellation of the Dallas Marathon) I will not complain.  While I do not wish to dwell on it, traffic getting to the venue was downright terrible this year.  This has not always been the case so I am hoping it was due to construction in the area or a one-time issue.  All races should take a few lessons from Texas Motor Speedway.  Admit traffic will be heavy and provide maps showing multiple routes to the venue (including multiple parking options).  Runner’s need not be so quick to criticize though.  If the race has 10,000 participants and 90% of those are trying to arrive 20 minutes before the gun, there is going to be a problem.

I was in Corral 2 out of 8 or so.  I’m not fast, but it shows you that the growth of the sport is in the back of the pack.  I think it is great regardless of their speed.  The corral police were not real aggressive, but fortunately only a handful of people were trying to cheat the system. 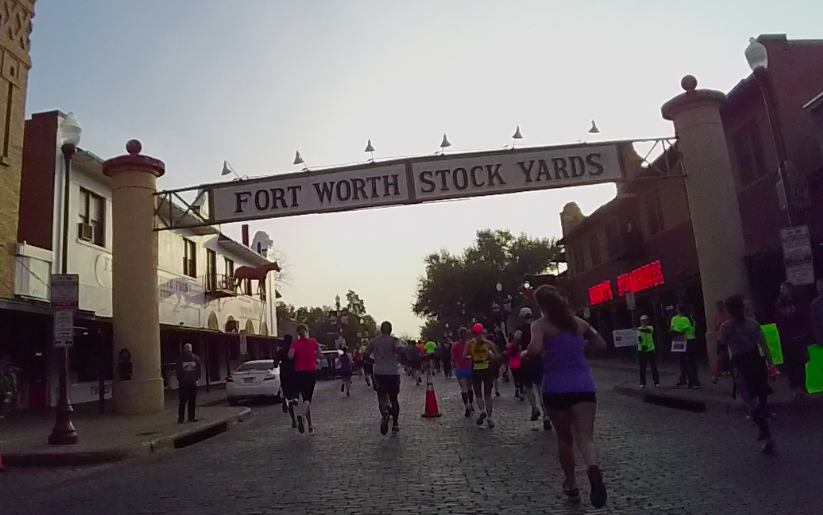 The race started on time and their release of each corral allowed things to flow very well.  It was clear after only a few miles that any attempt to surpass my PR from last year’s race would be futile.  Even at a slower pace, I was sweating way too much.  It was going to be critical to get enough fluids. 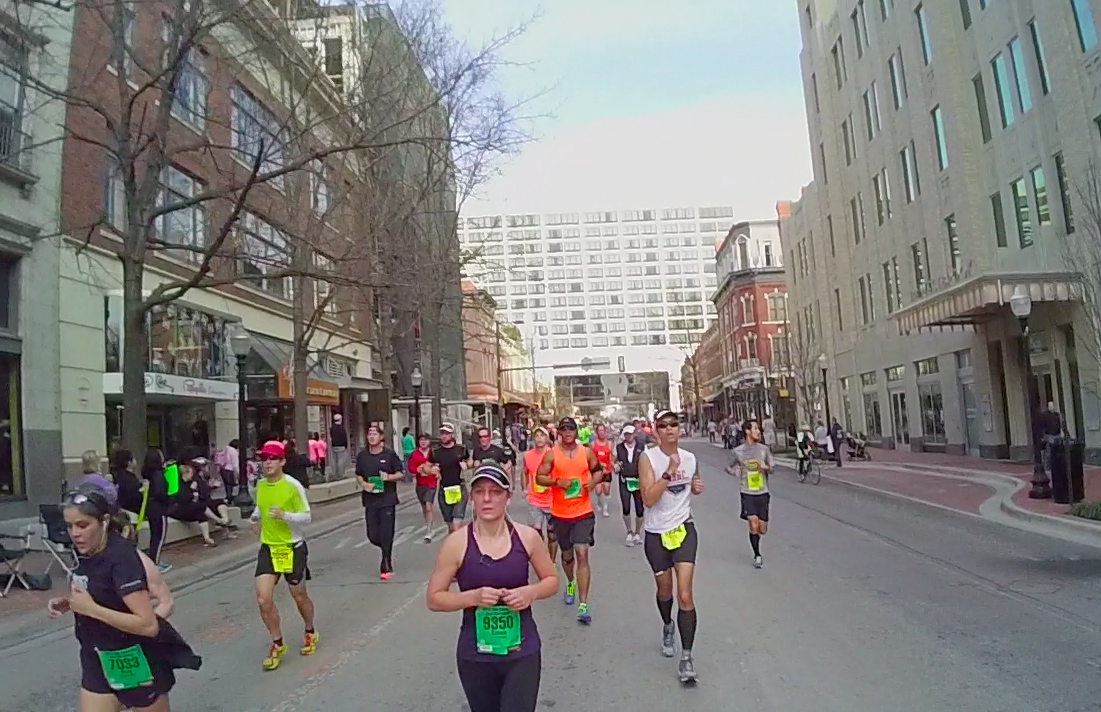 While I’m on the subject, I think there are two things the sport needs to adopt to make aid
stations more efficient.  First, standardize what comes first.  Water or Sports Drink?  They are often randomly different.  Knowing whether you needed to hit the early tables or the late tables would clean up the congestion a bit.  Second, have one dude (preferably with a load voice) telling people there is more at the next 15 tables.  People should know this by now, but the log jam at the first table is always the same.

Crowd support is greatest in the Stockyards, Downtown and near the Finish, but there are no real lonely patches in this event.  The course is diverse and I believe one of the hardest in north Texas.  The hill into Downtown is downright nasty, but a signature of the event.  Only races held during warmer months on hilly terrain can match it.  Yet, I run my best races at Cowtown.  I’ve always been a good hill runner, but the course seems to be perfect for my abilities. 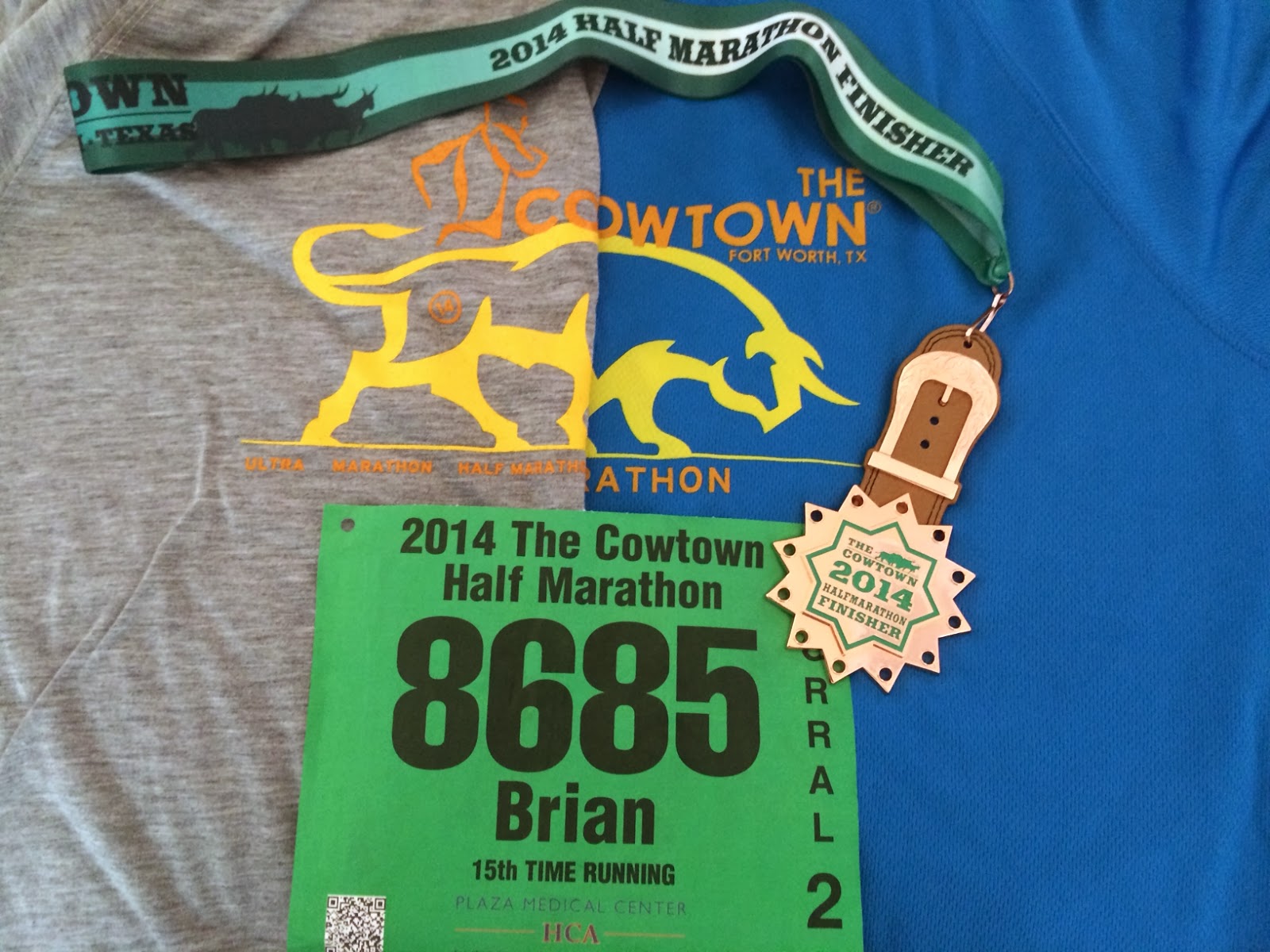 I had hoped to hammer it after recovering from the entry into Downtown, but I was still only able to hit 8:40’s per mile rather than low 8’s last year.  I ended up just riding along in reasonable comfort.  Once I caught the 2 Hour pacer with over 2 miles to go, I was certain I had another sub-2 in the bag.  Official finish time was 1:58:35.  Not bad on the eve of my 46th birthday.

Again, this race is well run and a good value.  If you run it next year, I’ll see you there. 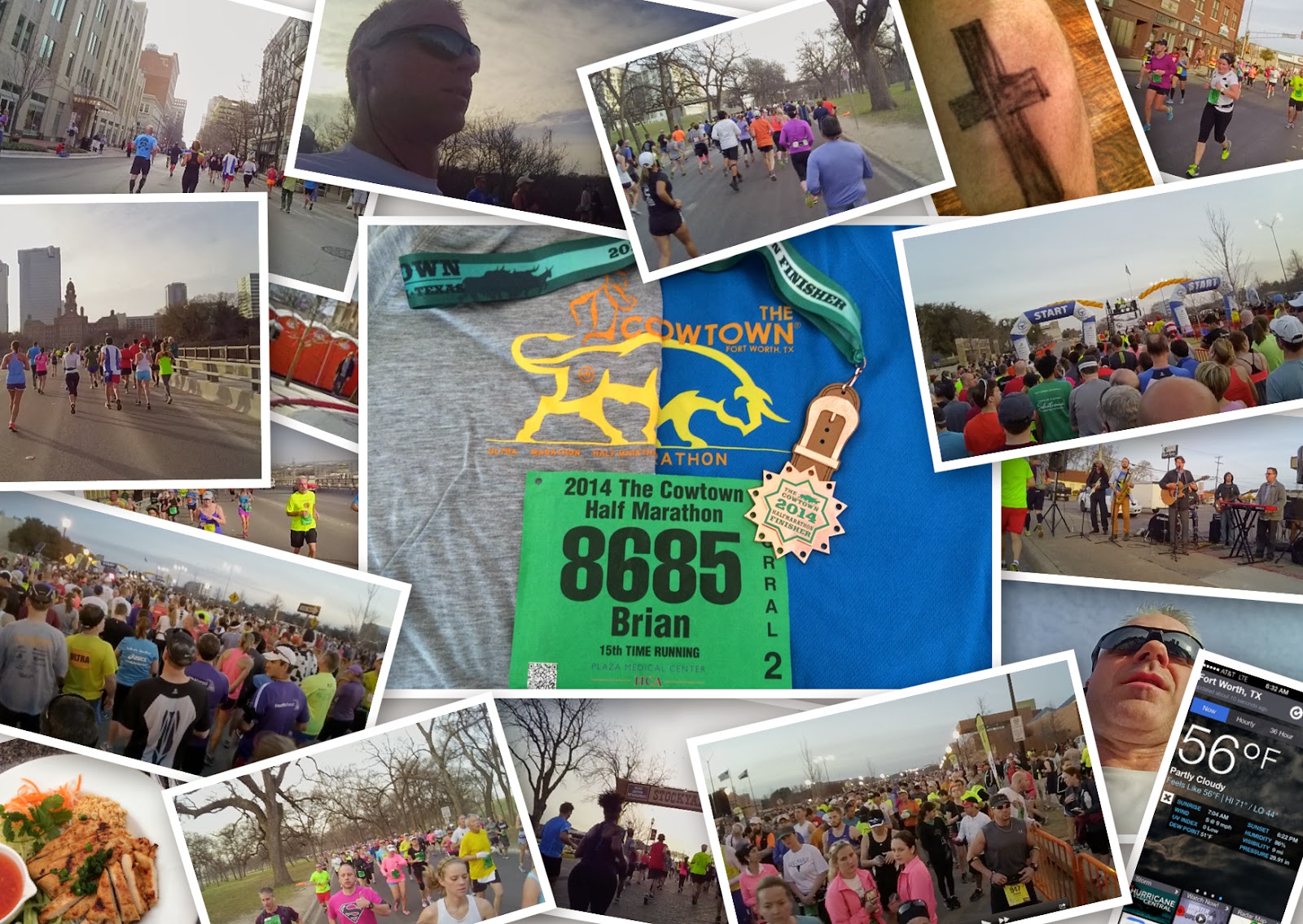 Posted by Randy Runswithacross at 4:56 PM