We have all been there before.  In a restaurant having a quiet meal lost in our own world.  Suddenly things change.  A family with four rowdy kids shows up and is seated near you.  You try to ignore it.  You want to rise above it all and think to yourself ‘It will be just fine, I can ignore it.’ 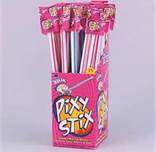 The familiar scene happened to me earlier this week.  The kids were standing on their chairs jumping up and down.  Running around the table unable to be still.  I guess they gave these kids an extra large Pixy Stix and a Coke for the drive over.

I have three kids of my own.  While I’m sure they never acted this way in public when they were younger, I do understand that this is not uncommon.  Even average parenting is hard to find these days.  This is not a post about parenting…though I would love to pick apart all the things they were probably doing wrong.  No, I’m writing this because of a single comment.

Reluctantly, without intention, I glanced over at the bustling table and caught the eye of the mother.  As I quickly looked away, she turned to the kids and in a whispered voice said: “You guys settle down, you are bothering that older gentleman.”

Ok, I have gray hair.  It started in college.  My dad has gray (almost white) hair.  I’ve known I was going to be gray and be gray early since I was a boy.  It never really bothered me.  In my 20’s and 30’s, it made me look more mature (notice I did not say “older”) and I believe helped in the board room more than I’ll ever know.  Now that the wrinkles are appearing and my wife looks almost half my age, I’m wondering if I maybe should have colored my hair.  You know, tried to keep that hot stud look (as if I EVER had it).

No way!  It is one thing if you have a little gray to cover up.  Once you go mostly gray, you can no longer hide it.  Just for Men couldn’t keep up and I have no interest in going to the salon twice a week to get the roots covered.  I’ve seen men that have tried…tried and failed.  No, not me.  Plus, I don’t mind it.  My wife claims not to mind it.  So Gray I’ll Stay!

And wouldn’t you know it, the good book has something to say about this as well.

From Proverbs 16:31:
Gray hair is a crown of splendor; it is attained in the way of righteousness.

Now ain’t that something!

Posted by Randy Runswithacross at 4:00 AM