How Big Is Your Barn?


More so than most, I have always struggled with what I was in relation to what I have become.  By all accounts, I was an awful young man.  Certainly the world was and remains littered with much worse, but that doesn’t help me sleep well at night.  For decades the guilt and shame of being such a crappy human being has been immense.  While I somewhat surfaced from the abyss in my early 20’s, the past two decades haven’t numbed or softened the memories.

My Mom and Dad will cringe at what I’m about to say.  I did not grow up in a devoted Christian home.  They would argue otherwise, but all I can say is that I was not part of whatever religious foundation they may have attempted to instill.  While I recall a longing or interest in God, it was largely just a concept to me.

The way most people deal with sin, shame and guilt is to hide it from view.  If nobody can see it, maybe they won’t know that it actually occurred.  It may even be possible that if they don’t see it then I won’t have to see it.  Shortly after Adam & Eve ate the forbidden fruit in the garden, God came sauntering along.  The couple dove into the bushes to hide from God.  I’m skipping a lot of details, but the point is that they committed this sin and had this sudden urge to hide.  This is when the human instinct of the cover-up first began. 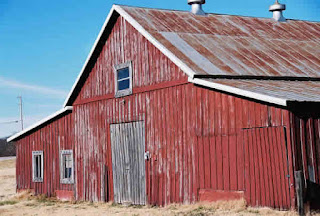 My way of blurring the issues in my life was to put then in a box and shove them in a closet.  Soon, the closet was full so I bought a barn and started filling it up.  The more time passed the larger barn I had to have to store the boxes of sin, shame and guilt.  While I was adding to it much less in my 30’s and 40’s, the barn wasn’t shrinking.

With one eye on the barn, I went head first into the deep end of my faith.  The inner curiosity had led me to a commitment to Christ and a vow to live my life the right way.  I still struggle mightily, but I see constant improvement.  My desire to know more and get closer to God is pretty intense.

The one thing about becoming a Christian that never really synced with me is how Jesus died for our sins.  He died so that you and I could arrive blameless and without blemish in front of God at our prescribed hour.  Whoa.  That is a heavy concept.  One which I believed by faith was true.  I was especially happy for all you sinners who needed saving.  I didn’t, however, feel I was deserving of this gift of grace.  Nobody is deserving, that is why it is GRACE.

So I’m trucking along in my faith life, but still holding the key to this huge barn full of disgrace.  I was able share the Word with others.  Tell them who Jesus is, how this thing works and that they are forgiven.  Again, I believed that with all my heart.  I’m not going to say that I thought I was exempt from God’s salvation plan, but I couldn’t let go of the past.  It was there, haunting me.

Having teenage children didn’t help.  Each discussion about drinking, drugs, sex or anything else would result in me locating the key to that stupid barn to insure it was still locked.  Through all my efforts to shield it, they soon discovered generally what was in the barn.  I was only able to tell them that it was full of stuff from my past that I am ashamed of and that my wish for them was simply that they wouldn’t grow to be an adult and have such a large barn.

With all this growth in my faith, it had been puzzling to me why I still held so tightly to that key.

This is going to sound strange, but I had a dream the other night.  I rarely dream.  That is not the strange part.  In this dream, someone bought my barn and was sitting in front of me asking for the keys.  I didn’t understand at first, but through the haze of a dream it was clear that someone bought this imaginary barn and was asking, no demanding, the keys.

I surrendered the keys.  Sometime thereafter I awoke.  I recalled the dream in segments and was trying to put it together.

Many days later, all I know for sure is that I’m supposed to tell this story.

Since then I have felt lighter.  I wonder if this was a symbolic way of Jesus telling me to quit being such a baby.  Quit being so arrogant.  Why would my sins be so significant that they were unable to be covered up or taken away?  My sins were not too big nor were they too many.

Trying to visualize the barn and the keys has been a little eerie.  I can see them, but they don’t seem like they are mine…almost like they never were.  Could I have been dreaming about someone else’s barn?  Yes, I suppose so.  This is going to sound really hokey, but that must be Jesus’ barn and I’ll bet it is not for sale.

Posted by Randy Runswithacross at 4:04 PM