Summary:  Possibly the Best Event I’ve Ever Run
In one of my internet searches for races near my home in north Texas, I stumbled across the Chosen Marathon website.  Discovering they had a half marathon option, I thought it would be an interesting race to kick-off my Fall season of races.  I wasn’t going to be quite as well trained as I would normally like, but I wanted to go and just enjoy the event. 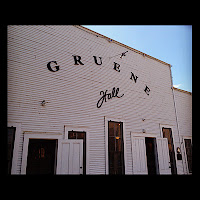 I went to college in Austin and was really looking forward to getting back to the area.  After arriving at the hotel on Friday afternoon, I went to packet pick-up at a cool running store called U Run then headed over to the race start/finish area at Rockin’ R to get the lay of the land before attempting to get there in darkness Saturday morning.  The race is actually in the small neighboring town of Gruene, Texas.  Home of the famous Gruene Hall (Texas’ oldest honky tonk).  I had hoped to return that evening to sample the Jason Allen Band, but the Texas Rangers were playing Game 7 of the World Series so the Red Dirt Music scene would need to go on without me as I sat in a hotel (no need to discuss the game...I should have gone to see the band). 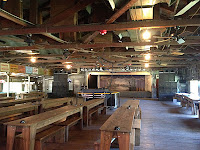 Since the area is known as the Hill Country, I studied the race course along with elevation map and realized it was an out and back course with a good portion of the 13.1 miles along River Road on the banks of the Guadalupe River.  I concluded it was fairly flat.
The Race started at 7:00 AM and I was a little nervous about arriving at the Rockin’ R without a good idea of where to go.  Wonderful support/volunteers begins here and didn’t end until leaving the race site hours later.  Portable lights lit the parking lots and parking attendants directed traffic.  The race attracts a few thousand runners and I think they were more than prepared.  I observed the typical lines at the port-a-potties minutes before the race start...so if anyone were to knock the race it may be for that...yet I have never attended a race of any size that had enough.  Fortunately, I had a perfect morning of preparation and liquid intake so was able to avoid this potential frustration.
Another wonderful surprise to me was the weather.  Downright chilly at 38 degrees, but no wind.  Fortunately, I dressed perfectly and the parking was close enough to stay in the car until it was near GO time. 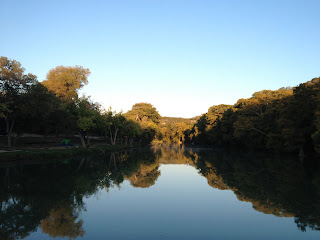 I could have lived without the first few miles in the dark on unfamiliar roads, but that won’t stop me from coming back.  The first three miles are rolling yet uphill.  Then you hit the top and head down to the river on a fairly steep hill.  Great on the way out, but this hill was going to be a problem when we came back to it at mile 9.  With the hills, I had a little trouble dialing into my intended early pace.  Not to worry.  I was there to have fun and if I had to shuffle the last several miles I’d survive.  The River, so calm and beautiful, was great scenery.  It would be fun to run this in July when the water is full of tubers getting too much sun and way too intoxicated.  I can hear the heckling by half naked youth just thinking about it. 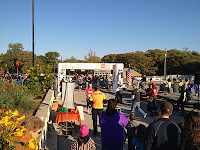 Water stations were well stocked and enthusiastic.  This made up for the lack of spectators.  Due to access, friends and family are limited to just a handful of spots to cheer on their runner.  As my family became bored of attending these things decades ago, this is no big deal to me.  First timers might want to know this though. 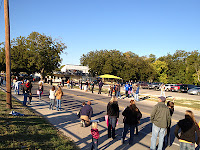 I pushed a little harder after the turn, but wanted to hold some in the tank for the big hill coming up from the River.  The hill approached and I slowed yet maintained the same level of effort.  It was my slowest mile, but after taking inventory realized that I was not completely spent.  I can’t say that for many of those around me who charged up faster than me and ended up walking near the summit.
Clearly on a sub-2 hour pace and feeling good, I was thrilled.  My main goal was to finish without falling apart.  I assumed this would be at around 2:02, a few minutes slower than my PR.  By mile 11, I realized that I was feeling no pain and very little fatigue.  Pushing harder still, I hunted down fellow runners and sailed to the finish.  1:57.42!  A new PR by two minutes and I felt fantastic....physically and mentally. 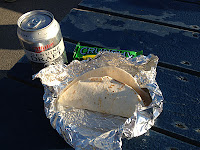 The finish area was great and the goodies hit the spot.  Turkey tacos, cold beverages, fruit, and on and on.  Great people serving you and fun stuff for the kids.  Lots of happy runners for sure.  Again, this race was extremely well done and I will be back.
One final thing I feel must be mentioned.  They announced that the weekend event raised over $150,000 for adoptive families.  I highlight this because it seems to be quite rare.  I’m running a mega race in about a month that hopes to raise $200,000...yet there will be 25,000 runners.  Chosen Marathon supports a great cause and I want to encourage folks to run those smaller charitable races as well as the monster ones. 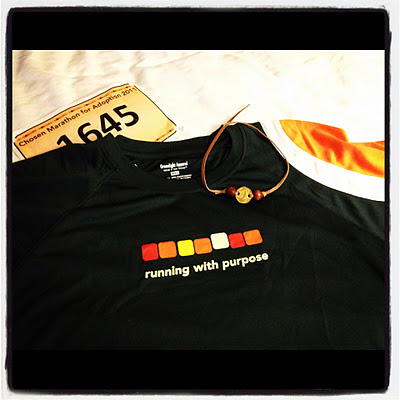 So that’s it.  Great Event.  Great Run for Me.  Thanks Chosen Marathon for a wonderful time!

Run in Peace, Rest in Grace,
Randy
Posted by Randy Runswithacross at 2:33 PM